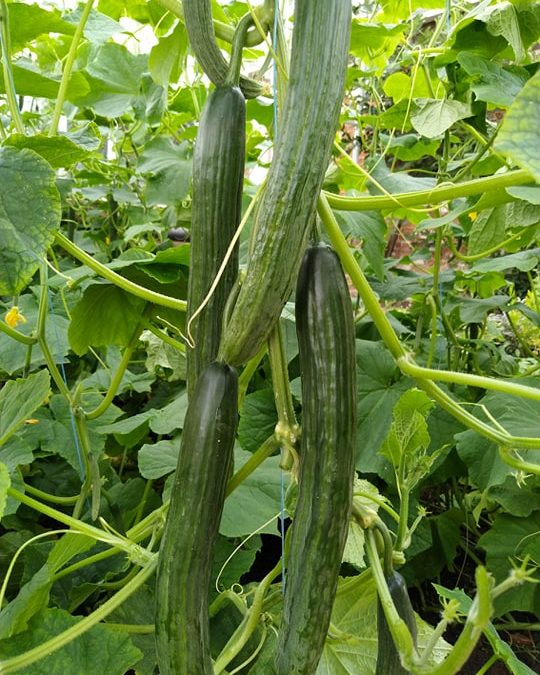 Thank you for asking; yes I had a lovely week off in Cornwall, and by all accounts the weather down there was better than it was here. Sunday was a washout, it rained virtually all day long, but apart from that there was plenty of sunshine and it was pleasantly warm – to the point where I literally took the plunge and swam in the sea on Wednesday and Thursday, which was exhilarating (code for ruddy freezing!). The car didn’t move very far the whole time we were there, we mostly just walked, went rock pooling, played beach boule (I’m still the champ) or generally relaxed with a book. This year we took grandson Angus with us, which was great fun; he enthusiastically threw himself into everything, and provided me with an appreciative audience for my lame jokes. The worst aspect of the week was the journey home, it took 10 hours! The M4 was closed because of a pile-up, so most of the traffic headed in our direction joined us on the A303 and it just couldn’t cope. We took a couple of diversions and had the bonus of exploring some beautiful countryside in Wiltshire, but when you’ve got a panting dog in the back of the car you just want to get home. Below are some photos taken during the week. 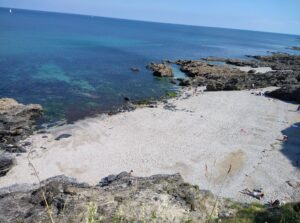 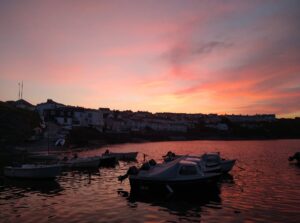 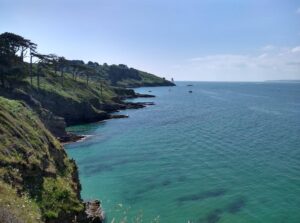 In my absence Connor did a great job of watering and generally looking after things at Moyns Park. It’s remarkable how different everything looks in a week, particularly in the greenhouse and polytunnel. I reckon the tomatoes must have grown about a foot, and the cucumbers are now in full swing, whilst outside the weeds have also made impressive headway, but so too has the broccoli, which I will be cutting this week. It will take a while to get back on track, but the week away was worth it. The sweetcorn and the winter squash growing down the bottom half of the garden have put on good growth, but I am having little success with beans at the moment. I have had 2 sowings fail completely, a double row of dwarf French beans is suffering from slug damage, so I have another batch of young plants to transplant this week, but if they don’t ‘do’ we will be in trouble on that front.

As well as the broccoli I will also be harvesting Cavolo nero, lettuce, cucumbers and pointed cabbages from the garden. Now is also the time to introduce my Maris Bard new potatoes to the shop – a real treat after such a long time consuming last year’s maincrop spuds, which have actually held on pretty well. I am still offering Valor, so you can have your roasties or mashed potatoes on the days that you don’t have the new ones. Carrots are new season dirty ones from Norfolk, and the Beetroot is home grown. My courgettes have started to bear fruit, but there are not yet enough to satisfy demand, so I will be supplementing them with bought in ones for a week or so. The same goes for tomatoes; I picked the first 2 or 3 kg yesterday, but it will be a while until I am self-sufficient in them. Fortunately the fruit from the Isle of Wight is very good.

I don’t want to tempt fate but the football is going remarkably well. Last night’s performance was very good, but we’ve been here before, so no chickens will be counted yet, but they are not going to get a better opportunity than this.

Having mentioned domestic fowl I must update you on the ducklings. Well if I thought that tomatoes grew a lot in a week they have nothing on ducklings! They are now just mini ducks – well not that mini, they are at least as large as their Bantam surrogate mother. We let them out in the garden for the first time yesterday and gave them access to a brand new paddling pool. They we cautious to begin with, but a trail of shredded lettuce up the ramp to the pool soon enticed them, and once they had tested the water there was no stopping them! They were swimming, up-tailing (one of them more proficient at it than the other), and diving and swimming underwater at great speed. It was the first time that they had been together with the other chickens, and apart from Brenda the bully, the others mostly ignored them. Brenda gave them a peck a couple of times, but she does that to all of them. It will be interesting to see how long they stay with us before they get the call of the wild; it will be a while, because whilst they are quite big they still have very small stubby wings. 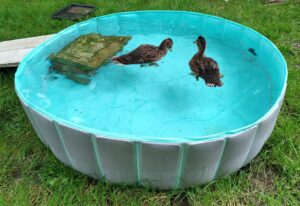 On Thursday Emily received her final result from Bath – a first class degree in psychology. It has been a long time in the making, with many a bump along the road, so we are proud and delighted that she got there. Now for a job!

I will be back at Wyken on Saturday, so you have the all clear to order for collection at the farmers’ market. It will be nice to back after missing the last 2 weeks.

Have a good week