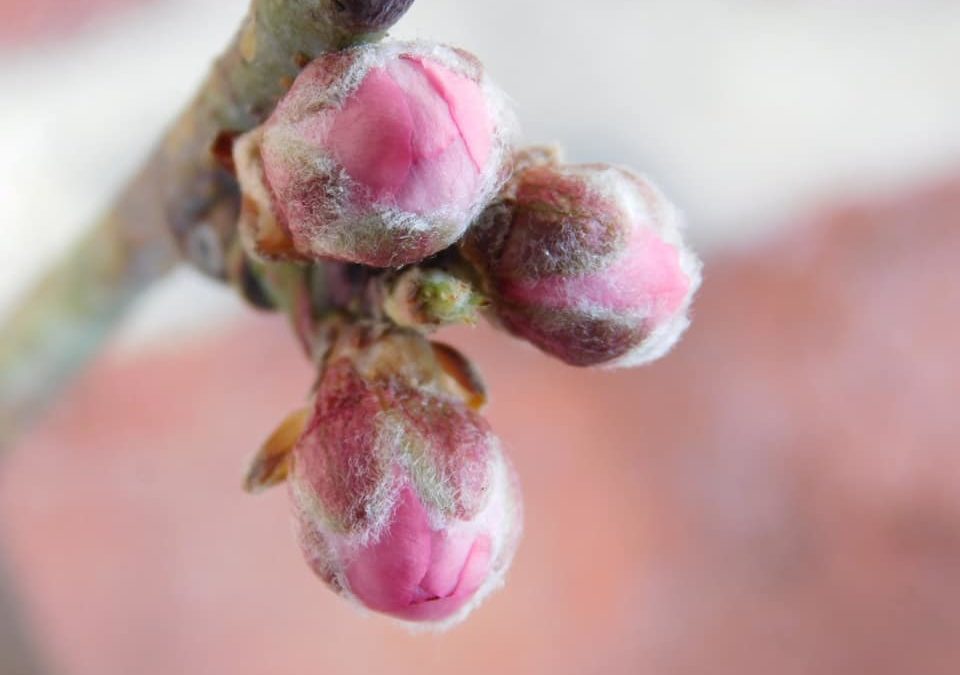 Just this morning I was thinking that we had got off pretty lightly over here in terms of the effects of storm Dennis, particularly when compared with some of the awful conditions that other regions have endured; and that is clearly true. However, my opinion was slightly altered later on in the morning when I visited the garden to do a bit of pottering about. As soon as I arrived it was evident that something was amiss, because where, since completing its construction only a few weeks ago, stood my ‘bus shelter’ machinery store, now the machines sat without any protection from the elements. The wind had ripped the roof off and hurled it over the fence, and the rest of the building lay buckled and sprawling like an open book close to where I had seen it standing only yesterday afternoon. The only other consequence of the storm on my ‘patch’ that I have so far discovered is the loss of electricity, which means that the electric propagator full of seed trays is not working. However, it could have been very much worse, so I count myself fortunate. The misery of all of those poor people (and animals) that have been inundated with flood water is hard to imagine, I hope that the next few days brings them some respite.

Early last week when Ciara was still blowing hard I decided that it was too hairy to be up a ladder in the orchard pruning apple trees, so I spent time up a ladder inside the greenhouse instead, pruning fig trees. They put on a remarkable amount of growth each season, reaching way up into the roof of the glasshouse. I have been quite severe with them this year, perhaps sacrificing some of the potential crop of fruit, but left unchecked they are just too rampant, so short back and sides it was. In the end bay of the greenhouse the peach has its first flowers, a good couple of weeks earlier than usual; I might have to tickle them up with my make-up brush to ensure pollination. Everything is early, but why wouldn’t it be, there have been very few cold days, and little prospect of any to come – there could be tears before bedtime, because this just isn’t right. 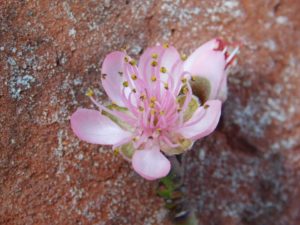 On Thursday evening when I was doing my local deliveries I had to mount a high kerb in an awkward parking spot close to a customer’s house. I must have got my angles wrong because it didn’t half make a clonk as I made the manoeuvre. I didn’t really think much of it afterwards. The next morning, on my way to load up for Friday’s deliveries, I could feel that the handling of the van wasn’t right, so I stopped for a brief inspection and discovered that my front left tyre was low. I limped on to Moyns Park, where I had to change the wheel at 6.30am, just the start to the day that I needed! Later in the day, after plenty of driving, I heard an unusual sound coming from the front left of the vehicle. Once again I stopped to see what the problem was, and was horrified to find that the nuts on the changed wheel were working loose! In my early morning haste I had forgotten to tighten them properly after lowering the van from the jack. It’s a good job that my hearing is good, otherwise it would have been a case of 3 wheels on my wagon! What a numpty.

That’s enough of my mishaps and calamities, let’s talk vegetables. This week’s greens are broccoli, perpetual spinach and sprout tops. There will be sweet potatoes, garlic, carrots, parsnips, leeks, swede, beetroot, onions, red cabbage, ginger and mushrooms. Potatoes are Cara and Pink Fir Apple. Oranges, Kiwi fruit and lemons are your fruit choices. Now you are not going to like this, but stocks of apple juice are exhausted! I know that it’s only February, but last year’s apple harvest was so poor that I only had a 40% of the previous year’s yield of juice. September is the soonest that there is likely to be any of the 2020 vintage. Sorry juice addicts.

Old Stumpy the stud pony did a bit of a Steve McQueen last Monday. Someone was in his paddock poo picking, and they failed to properly secure the gate, Stumpy required no further invitation and made his bid for freedom. The first thing I knew of it was when I saw him run past the potting shed window as fast as his little legs would carry him! Three of us managed to corner and apprehend him fairly quickly and he was returned to the slammer. I think he’s planning a tunnel next.

Next Saturday will be the fourth of the month, and that means that there will be a farmers market at Steeple Bumpstead, attended by Jennifer. I will be at Wyken as ever.