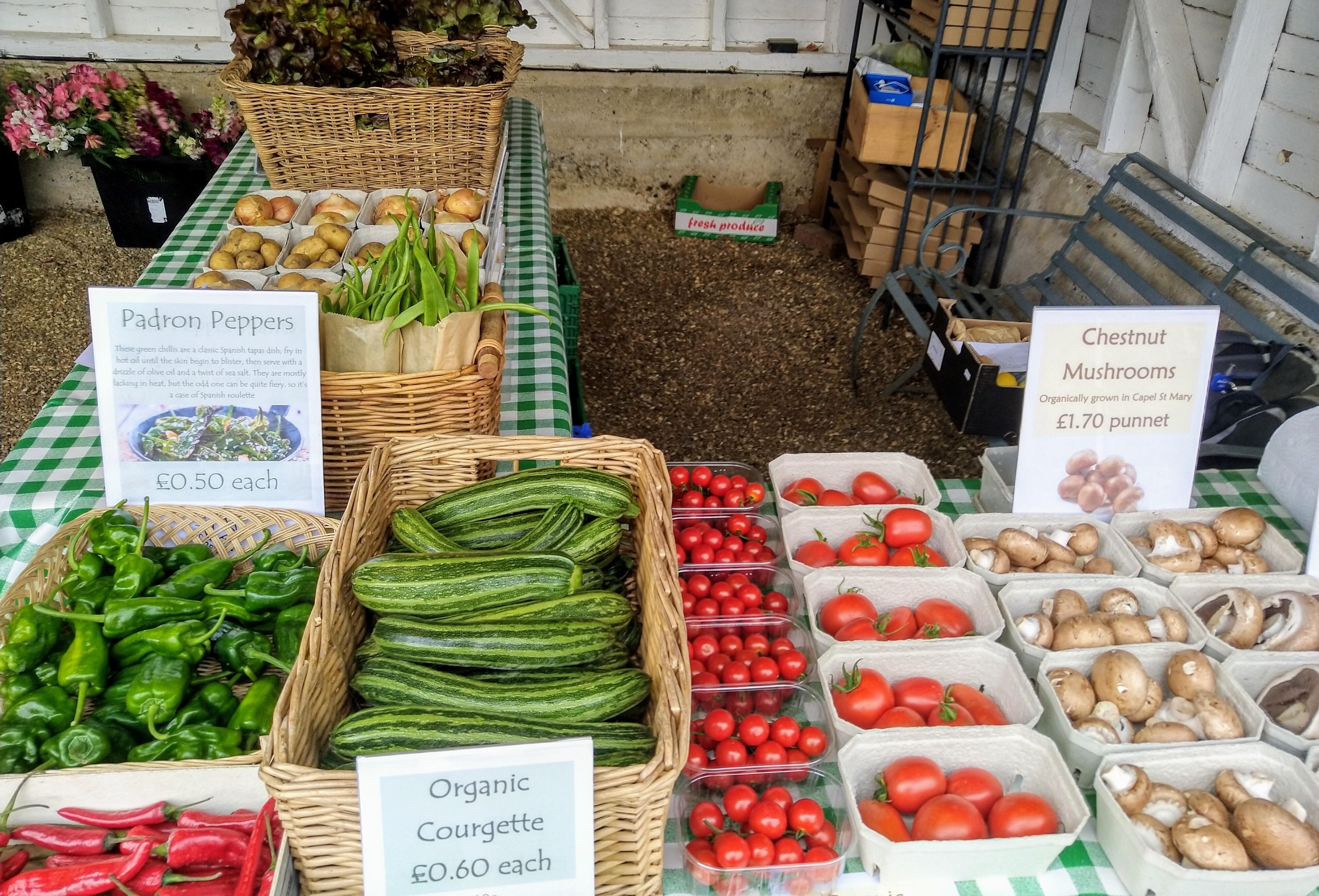 It’s good growing weather at the moment, nice and warm and with some welcome spells of rain. Early last week we had some sunshine too, which seemed to give the tomatoes the kick up the backside that they needed, and so there are now plenty ripening. Courgettes and runner beans are having to be harvested at least every other day to prevent them from growing too large. Not everything in the garden is rosy though, because the cucumbers are now really in decline thanks to the red spider mite, so they will be very limited this week. The other disappointment is that there is going to be a gap in the availability of lettuce. The last batch is all but finished and the next lot will not be ready for at least a couple of weeks – not what you want to hear in mid-summer. You are just going to have to be more imaginative with your salads; a nice potato salad using the Charlottes, beetroot salad, bean salad, a creamy coleslaw, tomatoes with balsamic vinegar and mozzarella; crikey, I’ve got myself salivating at the thought of it.

It won’t be long before the sweet peppers are available, a few are just beginning to develop some colour; they will be earlier than the last few years. The Padron peppers are cropping very well, and proved to be very popular at the market yesterday. As for aubergines…..don’t mention the aubergines; they are a disaster darlings! Like the cucumbers they have succumbed to the spider mite before really getting going. One small batch is struggling on, but whether they will produce anything remains to be seen.

Look don’t get too excited, but I am going to pick some apples this week. I took a walk through the orchard earlier today and the floor beneath one row of trees was littered with fallen fruit. The variety in question is ‘Beauty of Bath’, just about the earliest of all apples. Why am I telling you to not get excited by this apparently exciting development? In it’s Victorian heyday the prospect of fresh apples by the end of July would have filled consumers with glee, but the truth is, unless you can eat it straight from the tree it is an apple with very little much merit. At the most it will only keep for a very few days after picking before becoming soft and pappy, though if you catch them before that stage the apple has a pleasant mildly sharp flavour. If I haven’t put you off, be assured that I will pick them as late in the week as I possibly can, but make sure that you eat them quickly. Quite why a row the width of the orchard was planted with this variety is beyond me, the space could have been much better used for superior cultivars; but it does signal the welcome start to the apple season, though it will probably be mid August before the ‘Discovery’ are ready to pick. 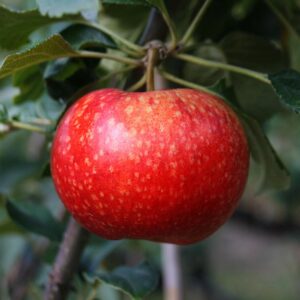 Last Wednesday I hitched up the flail mower to the tractor to run over the large section down the bottom of the garden that has a rye/clover cover crop growing on it. I needed to mow it before the rye started to set seed, and before the clover got too woody. As I drove up and down there was a constant pinging of Grasshoppers, thousands of them, shooting off in all directions, I have never seen so many, it was quite a sight. What I didn’t realise was how far they can fly! I’ve really only ever noticed them jumping, so it hadn’t really occurred to me that they had such an aerial ability, though as close relations to locusts I suppose it shouldn’t have come as a surprise.

I am taking a gamble on offering something a little bit different in the shop. The farm that I have been buying the vine cherry tomatoes from also does other things with its fruit, so I have decided to buy a limited quantity of its tomato juice, made from 100% vine ripened organic tomatoes . If there is no demand for it the experiment will be short-lived, but we’ll give it a go.

The honeymoon is over – at least it is drawing to an end. I am referring to the aeroplane-free skies of the past few months. It has become very apparent in the last week or two that there is an increase in air travel, with more planes coming directly over Moyns Park on their way to Stansted Airport; the traffic is nothing like pre-lockdown days, but every passing plane is an assault on the blissful peace which has prevailed in recent times. I knew that it was never going to be a long-term oasis of calm, but until they started roaring overhead again I didn’t appreciate just how much I had enjoyed their absence.

Please keep up with your online payments, and remember to return your boxes; also, one or two are becoming a little tardy in observing the order deadline, please try to get your order to me by close of play Tuesday. Thank you.

Have a good week