I have to say that I didn’t see that coming. I had convinced myself that England would have too much guile and flair for South Africa, and that it would be a comfortable victory. What happened in reality was that the Springboks played a very smart game, and just ground England down – particularly at the scrum. Even at half-time Eddie Jones, the master tactician, was unable to change anything to reverse the green and gold juggernaut. On the day the best team one, so I am not a sore loser; and hopefully it will have provided a lift to what is still a troubled nation. It was still ruddy frustrating though, resulting in me displaying a very grumpy countenance – but fortunately there were very few customers at Wyken yesterday to witness it. Now that the Rugby has finished I am expecting the footfall at the farmers market to return to normal next week; well hoping rather than expecting.

The weather was horrid yesterday too, with heavy showers and extremely squally winds putting off even the non-rugby followers. Because it had turned so mild on Friday I had assumed that the temperature was going to be similar for the market, and so I dressed accordingly. It was a schoolboy error! I will not make the same mistake next week, I am removing the moth balls from my long-johns (don’t you just love the smell of camphor?), and will try to recall where I put my thermal gloves and hat at the end of last winter. Early last week it was cold overnight, with the first proper frosts of the season; my fingers were burning as I harvested the greens on Thursday morning, but it’s only as it should be for the time of year.

I had my annual eye test last Monday; well it should be annual, but the last one was 3 years ago! My eye health is very good, and my distance vision is top notch. That’s all well and good, but if I haven’t got a pair of reading glasses close at hand I can’t read a thing. I have a pair in the potting shed, a pair in the van, and 4 or 5 pairs in various places around the house. The deterioration of my reading sight has been quite dramatic in the past 3 or 4 years, but apparently it’s quite normal for someone at my stage of life – basically I’m old!

In that 2 or 3 day spell of dry weather last week I got on with some field work. I flail mowed where the sweet corn and winter squashes had been, which I then rotavated, I did the same to the area where the summer squashes had grown. Down in the lower half of the garden I covered a large section with black silage tarpaulin to try to deal with a serious and persistent perennial weed problem. By blocking out the light you remove the ability of the weeds to photosynthesise, which should result in their demise….oh I do hope so. The tarp will remain in place until well into next spring, when in theory I should have a lovely clean bed to plant into. Meanwhile the green manure cover crops are looking good and will add plenty of organic matter into the soil when they are turned in next spring.

Available this week we have parsnips, swede, carrots, leeks, onions, red onions, turnips, beetroot, squash, garlic, mushrooms, pointed cabbage, broccoli and Romanesco cauliflower. Potatoes are Alouette, Cara and Charlotte. There are oranges, lemons and kiwi fruit. I have had a break of a couple of week from pesto making, but it returns this week with sorrel or spinach & red onion. 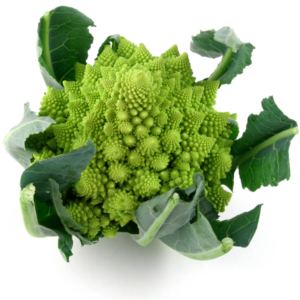 Halloween is such a big thing now, I couldn’t believe the number of people out and about on Thursday evening as I was doing my local deliveries. There were large groups of parents with children, small groups of parents with children, just parents with children, and children on their own. At a time when there is a huge and justified backlash against single use plastic, there was an awful lot of ghoulish plastic roaming the streets. To be honest I’m not much of a fan of the whole American style Halloween, but what I do like is the old-fashioned British spooky version of it. There were two programmes on Radio 4 last Thursday that really captured the atmosphere of the festival that chimes with me, so if you have BBC Sounds on your mobile device I recommend that you listen to ‘Fear in the furrows’ – “Exploring the darker underside of the pastoral idyll and the revival of the traditions of Folk Horror among a new generation of artists, film-makers and writers”. The other programme was ‘Open Country’ – “Jez Lowe uncovers Northumberland’s long history of legends, folk song and ghostly goings on”. Well worth an hour of your time. Oh, and don’t surmise from this that I am a fan of horror, because I am a bag of nerves watching anything vaguely scary; though I love the old BBC 1970’s series ‘Ghost stories for Christmas’, even though I have to watch from behind the sofa!.

It has been a while now since I rapped your knuckles, but if you are naughty you have to face the consequences. A small minority of my loyal and faithful customers have got into the habit of ignoring the Wednesday evening order deadline, and I respectfully ask those few mischievous imps to try harder please. At the very least it may affect the chances of you receiving everything that you have ordered when the availability of some items is limited. Thank you for your cooperation.

Have a good week one and all.