Last of the Summer Veg 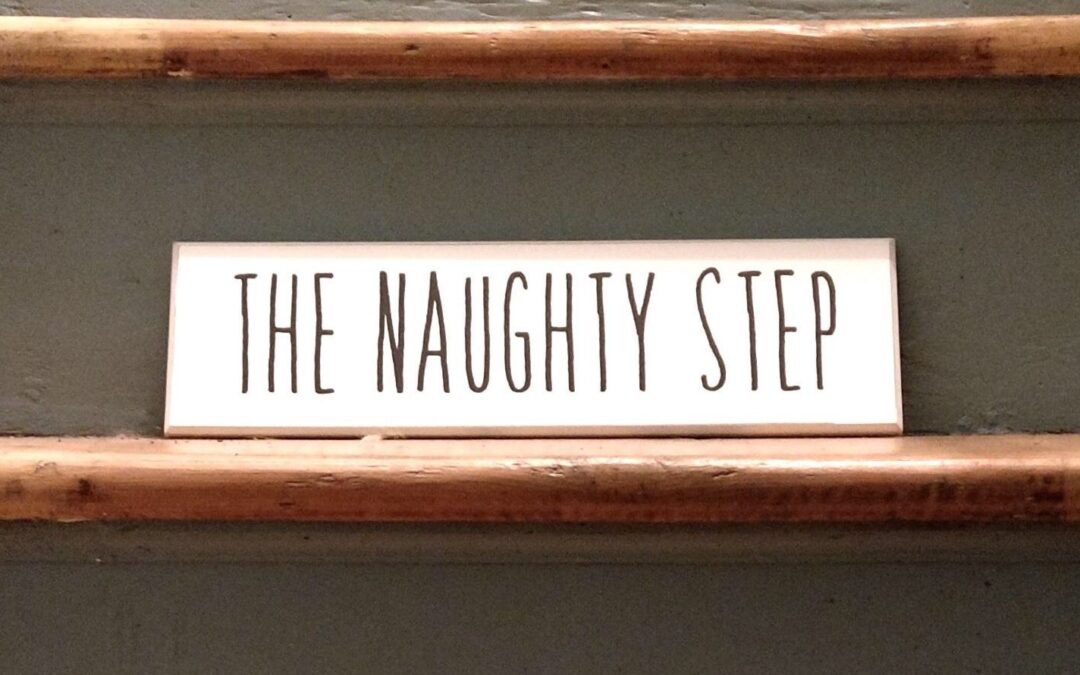 I defy you to read the title of this week’s blog without hearing the tune to last of the Summer Wine, and with that you may well conjure up images of Compo, Clegg and Nora Batty. Did you know that the programme first aired in 1973? It finally ran out of steam in 2010, by which time it had got pretty tired, as had the actors who by that time were either ancient or dead. Anyway, we’re not here to talk about that, the point that I am trying to convey is that we are now down to the dregs of the summer crops. The beans are all finished now, the tomatoes are all but done, and the peppers will mostly be lingering green ones, although there are some in various shades of ripeness, but it will be pot luck as to what you end up with.

Now, this is going to hurt me more than it will hurt you, but some of you are going to have to go and stand on the naughty step. An increasing number of customers are missing the Tuesday night order deadline, and it is causing problems with my planning. Please try to get your order to me on time, I will be ever so grateful. Ok you can come down off the step now.

On Wednesday morning I went out to my van to find a pancake flat tyre. I jacked up the vehicle and removed the wheel and discovered a nail dead centre in the tyre. The spare wheel is slung under the van, released by a bolt just inside the back door….except it wouldn’t release! I heaved and grunted and strained and cursed, but there was no budging it. WD40 was called into action and still there was no movement. I scratched my head and wondered what I was going to do, and then I had a light bulb moment. After reporting on one of my other punctures, I remembered that a very kind and generous soul had gifted me with a can of that emergency foam that you squirt in your flat tyre to get you quick sharp to a garage. The van was up on the jack when the nice man came through to tell me that the 2 front tyres also needed replacing as they were badly worn on their outer edges, so the tracking would need to be adjusted too. As the van is being MoT’d tomorrow it was an easy decision to accept his recommendation. I finally arrived at work at 10.30, £235 worse off, and with the MoT and service tomorrow, and the insurance paid last week, October looks like being a financially painful month. Oh, and they couldn’t undo the bolt either, so another can of foam will need to be procured.

The deer at Moyns Park are currently to be seen on a regular basis grazing in the parkland. They always emerge from the woods at this time of year at dawn and dusk to graze on the parkland, the timing of their emergence coincides with the rutting season. I haven’t yet heard the bellowing of the testosterone fuelled stags down in the woods as they vie for dominance over the herd, but I’m sure that I will soon.

We had a bit of a fright with Jack this evening. I went outside to close up the chicken coops and bring in the feeders; I closed the door on one of the coops, but the 3 ducks were still on the pond so I headed back towards the house, whereupon I heard the flapping of wings and Jack disappeared down the back field at great speed. He took a route that skirted the copse halfway down the hill, then circled around the cottage before disappearing from sight. The 2 Appleyards came running down to the house in distress quacking throatily at full volume – they hate it when Jack flies. Usually his excursions are brief, a couple of circuits to show them how clever he is, but tonight he was out of sight and gone for 5 minutes or more. By this time it was very nearly dark, so we wondered if he had done a ‘Wilbur’ on us and that was the last we would see of him, but just as we were giving up hope he hove into view, did a couple more laps of the house and descended at a velocity rather greater than was ideal, and consequently overshot the pond but landed safely nonetheless. On his final circuit another duck passed overhead and swung round as if he was going to follow Jack in – could it be Wilbur after all this time? That question remains unanswered, because after another flypast it disappeared from view.

So if the summer produce is almost at an end what is to replace it? Well there will be savoy cabbages, broccoli and leeks again, plus red kale. Beetroot, carrots, onions, butternut squash, garlic, mushrooms (mmm garlic mushrooms), parsnips, cherry tomatoes and the last of my mixed toms, and the multicoloured (or not) peppers. New this week is red cabbage, Florence fennel, and Jerusalem artichokes. The photograph below, taken this morning when I did a test dig, clearly shows that Jerusalem artichokes are the same family as sunflowers. The stems upon which the flowers bloom grow 10 feet plus tall. I just had some of the tubers roasted, so it’s as well that I am going to be alone tomorrow – they are not known as fartichokes for nothing! 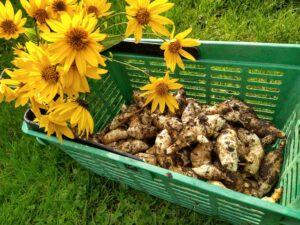 Yesterday afternoon, straight after the farmers market, I went to collect the first batch of bottled apple juice from the orchard. It is a fairly full-bodied medium/sweet juice which I hope that you will enjoy.

Right I must be off, I’ve got to drop the van off at the garage in Clare. Have a good week, the weather looks like being settled, if somewhat cloudy. Yesterday’s sunshine after the early morning fog was a real treat, we can but hope for a few more days like that.