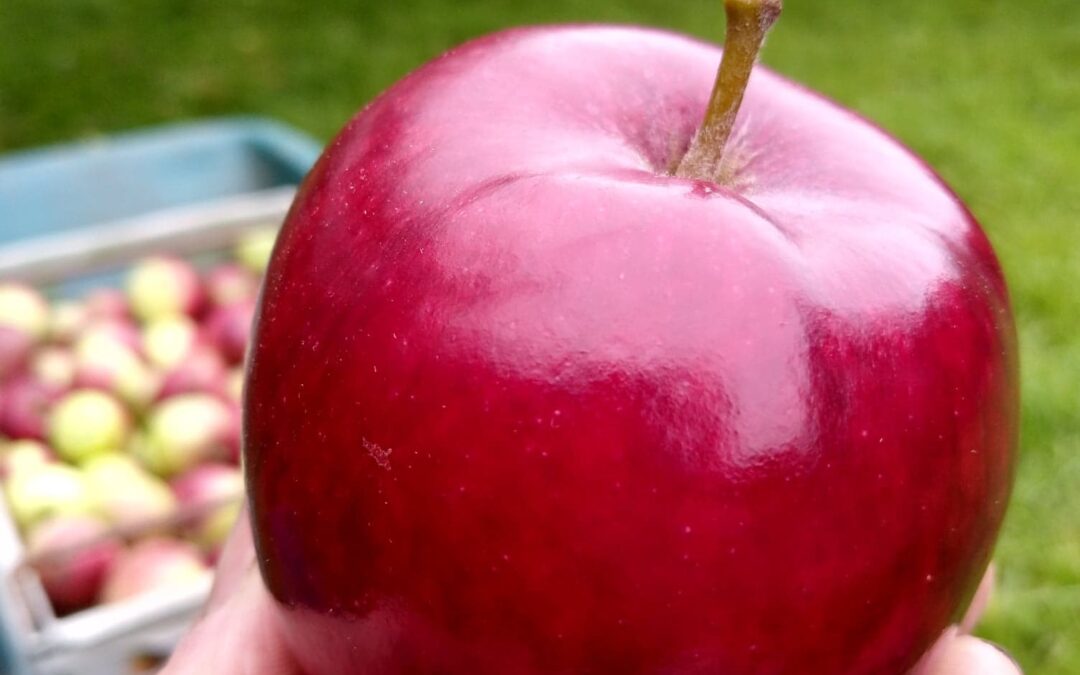 I had better get the nuts and bolts out of the way before proceeding with more interesting subjects. I am having a week off from this Friday the 4th September; therefore there will be changes to the delivery schedule. Basically, everything will be a day earlier than usual, so if you normally receive your delivery on Thursday (Steeple Bumpstead, Baythorne End, Stoke by Clare, Clare, Ashen), this week your box will be on your doorstep on Wednesday. All Friday deliveries will be made on Thursday, and if you collect from Wyken I’m afraid that you are out of luck. The Tuesday evening order deadline remains the same, but this week will be strictly imposed. There will be no deliveries in week commencing 7th September, but everything will be back to normal from the week of the 14th.

Yesterday morning for me was what a footballer would refer to as a ‘mare’ after having a disastrous game. I had partially loaded the van in readiness for the market, but needed to go to Moyns Park to load some further items. As I set off to Birdbrook there was the unmistakeable ker-chunk ker-chunk sound produced by a very flat tyre. I had only gone 100 metres up the road, so I reversed back to the house and proceeded to change the wheel. I loosened the nuts, jacked up the vehicle and removed the wheel. The spare is slung beneath the van, and is released by undoing a bolt inside the load space; the problem was that the bolt was seized solid, so I couldn’t access the spare. I decided that I would have to transfer the contents of the van into Jennifer’s estate car, because I couldn’t afford to waste any more time. Oh, but before all of that, as I was originally getting ready to leave the house I happened to look out of the kitchen window, which looks out over the field that falls away down the hill behind us, only to see two horses wandering unaccompanied along the footpath that runs across the field halfway down, having escaped from their paddock. I decided that I would have to wake Jennifer, and that she would have to deal with the situation. Anyway, so off I headed in her car, only to be called on the phone when I was a mile along the road, to be told that I had left my bag behind that contained my cash float for the farmers’ market. Back I went, collected the bag, turned around, and proceeded to Moyns Park where I loaded what I could into the back of the car, but had to leave some stuff behind because there wasn’t space for everything. I was obviously late arriving at Wyken, so it was a real rush to get set up, which is why I was so flustered and grumpy yesterday morning.

The horses? Jennifer made some phone calls and established who they belonged to, and then set off, with a dog lead, to track them down; literally. Because by the time she got down to the footpath the ‘Ashen 2’ had moved on. So using skills learned watching cowboy and Indian films at the Saturday morning pictures in her childhood, she followed their hoofprints, which led her here and there, but eventually to the road, where they were happily wandering. The dog lead was employed as a rein, but fortunately at that point the owner of the horses arrived like the cavalry (though clearly not on horseback) to relieve her. The horses were unharmed and the owner was extremely grateful.

What about the spare wheel? Fortunately a very liberal application of WD-40 and a large dollop of grunt resulted in the bolt yielding, so I was able to do the swap. I now just need to get a new tyre.

Last week, with the help of my grandson Angus, I picked around 400kg of early apples for juicing. Angus is 15, and in the last year he has grown about 3 feet in height, so he is now inches taller than me and consequently has a very good reach. He was assigned with picking from ground level, while I spent most of the time up the ladder. He has been off school since March, and is finally going back next week, so I didn’t want to be responsible for him falling from a ladder and breaking a limb and so missing more of his education. So, in accordance with recent Government policy, I decided to risk sacrificing the oldie first.

It’s now the 30th of August, and my rain guage has measured 144mm this month (that’s 5.7 inches), and that has all been within the past 2 weeks. The average for this month in East Anglia is 50mm.

It was a sad day today, the last of our original hens, Doris, died overnight. She was over 6 years old, which for a hybrid is not bad going. She had a lovely life scrapping around the garden, and gave up laying about 3 years ago, so has been a pet really, and top of the pecking order. I laid her on a garden chair while I dug her grave, and when I went to collect her for burial our magnificent cockerel Beryl (it’s a long story) was standing on the arm of the chair as if guarding or perhaps honouring the old girl, it was very sweet.

The shop is a little light on stock this week, because I don’t want to get left with a lot of stuff when I go away. Also, I am between crops of lettuce this week, so I’m afraid there are none. The new batch should be ready for when I return. There will be savoy cabbages, chard, and for the first time this season there are leeks. There are still lots of tomatoes, plus carrots, onions, beetroot, courgettes, patty pan squash, marrow, potatoes, garlic, ginger, red peppers and mushrooms. There are eating apples, variety unknown, and ‘Verdelli’ green lemons, which will look quite like limes.

So no farmers’ market this week, but I should be there the following Saturday – time permitting. Have a good week….and the next one, while I am living it up in North Norfolk.