It’s straight to the point this week. Because I am going on holiday this coming Friday (25th) all deliveries will be made a day earlier than usual, there will be no order collections from Wyken on Saturday, and I will need your order to be with me by Monday night. So deliveries local to Moyns Park will be made on Wednesday, and if you are a Friday regular you will receive your box on Thursday. I hope that’s all clear. Because I am really going to be up against it timewise this week (getting ready to leave the garden for a week at a crazy time of the season), I am going to have to be strict on the Monday night order cut-off, so please help me out.

As if it wasn’t going to be difficult enough already another dramatic event occurred last week to throw a spanner in the works. Whilst out walking the very big and strong (and sometimes naughty) Nellie last Tuesday, Jennifer momentarily took her eye off the dog and failed to spot that she had taken off after a squirrel, or something equally chaseable in the woods. Nellie was on the extending lead, Jennifer failed to let go of it, so when the line reached the end of it’s range the hapless dog walker took off and landed in a Superman flying position on her shoulder, elbow, hand and hip……then let go! Nellie clattered off through the undergrowth with the lead dragging behind her until she registered Jennifer’s cries, whereupon she returned to sit beside her distressed mistress, guilt etched into her countenance. Fortunately there was sufficient mobile phone signal for a call to be made to Emily, who drove as close to the scene as she could to retrieve her mother. Much of the rest of the day was taken up in A&E, X-Rays and physical inspections followed, and the conclusion was that she had broken a bone in her hand, and as a consequence will be sporting a natty plaster cast on her hand and wrist on the beach. 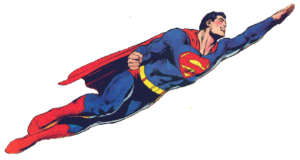 From a selfish point of view Jennifer’s unfortunate accident has affected me most by her inability to provide her weekly assistance of weighing up some of the vegetables for me on Wednesday afternoons, and making the local deliveries on Thursday. The implications for her are much more significant; everyday tasks become so much more challenging with one usable hand. And in the busy run-up to a holiday the incapacitation seems to be exaggerated – so much to do yet so difficult to complete relatively simple jobs. However, we will get through it, we will make it to Cornwall, and it will not impact her ability to consume ice cream cones or veggie cornish pasties, but dealing with jam and clotted cream on her scones could get messy. 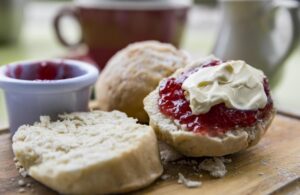 A lot of items are going to have limited availability this week because I do not want to get left with a lot of perishable produce at the end of the week, so I suggest ordering early to give you the best chance of getting what you want. More of the items are now coming from the garden, so these are less affected than the bought in stuff. I will be cutting the first cucumbers this week, the early ones tend to be shorter than those that fruit mid-season, and they will not be perfectly straight, but so much nicer than the ones from the supermarket. I will be picking chard, cavolo nero and cutting pointed cabbages as well as lettuces. Most of the regular staples will be available – onions, carrots, spuds, plus tomatoes, courgettes, Jalapeno peppers, garlic and mushrooms. The oranges were huge when they arrived last week, and I am assuming that they will be the same again, so they are priced each. We are back to regular sized apples, but this will be the final week and there is a limited supply of them.

When I get back from holiday I will be cutting my own ‘Cocozelle’ stripy courgettes, digging new potatoes, and will be picking the first few tomatoes from the greenhouse. Cucumbers should be in full swing too by then.

In my absence Connor is going to be holding the fort by watering and doing a bit of picking, so I can rest easy that everything is being properly looked after. After the recent rain, and with warm soil, I fear a jungle of weeds on my return, but sometimes you just need to get away and recharge, so that’s what I plan to do.

Normal service will resume week commencing 5th July, I will next be at the farmers’ market at Wyken on Saturday 10th July.

Have a good couple of weeks.