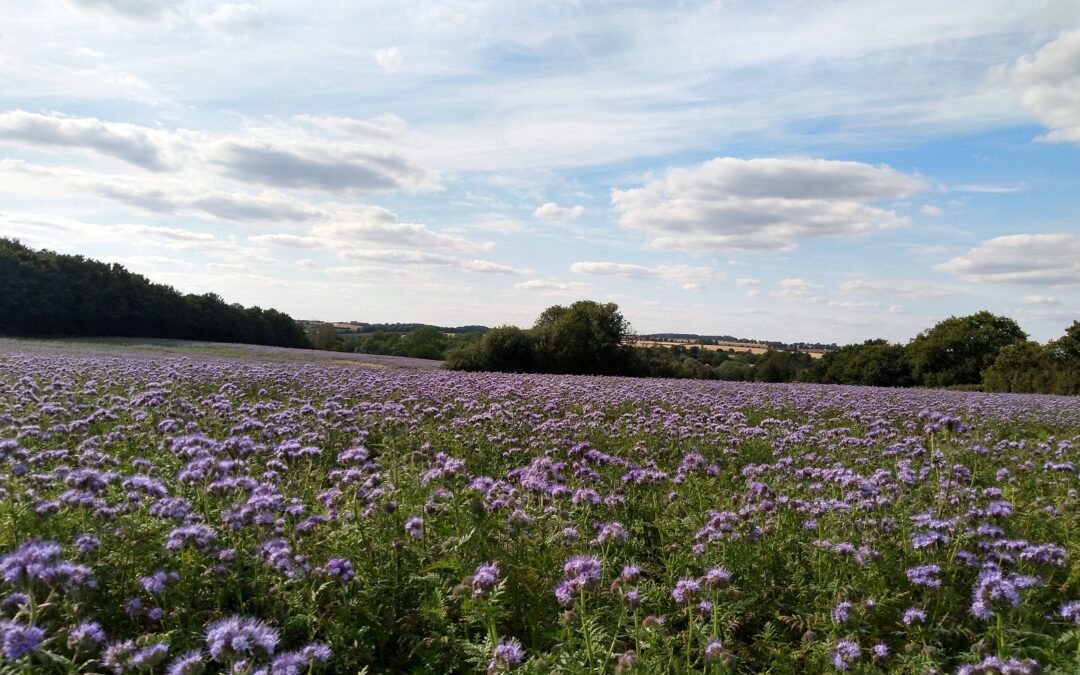 The photo above does not depict the lavender fields of Provence, no, it’s the Stour valley on the Essex/Suffolk border. Last week I mentioned that we have a field of Phacelia behind our cottage this year, well this is it from our back fence. The field is abuzz with insect activity, and it looks pretty amazing too. Ours is the last property in the village, and we are lucky to have farmland back and front of us, with big open skies out to the west affording us beautiful sunsets. The downside is that when the wind blows as it did last week we are the ones that cop it! It’s a price worth paying though.

A few days ago I was sent into the loft to retrieve something, and retreated soon after wearing a wasp sting on my wrist! Yep, we’ve got a nest up there. A few dozy ones keep finding their way down into the bathroom; well actually quite a few. I couldn’t work out where they could be gaining access to the roof space, but this afternoon I discovered that they are going in under a roof tile. Although I hate to do it, I think that we might have to have them removed, because their presence has rendered that storage space out of bounds. By the way, that wasp sting has hung around way longer than when I get one from my honeybees; my wrist still irritates days after the event.

The cucumbers have been very productive so far, but I regret to inform you that they are already past their peak. Why? Red spider mite! It is the scourge of cucumbers and aubergines indoors. Had I caught the infestation sooner I could have introduced some predators to manage their numbers, but I didn’t, and the natural Ladybird population just can’t eat enough of them. The cucumbers will keep going for a while, but their productivity will reduce, as will their availability. It’s a shame, because they are good; I have already cut more than 240. As I implied, aubergines are also badly affected by this pest, and they will collapse before they have even produced very much fruit; it’s disheartening. I don’t think that I will bother with aubergines again, I would rather use the valuable greenhouse space for something that will actually produce something.

Tomatoes are doing much better, though the grey weather of last week slowed down the ripening process, so they are still very limited. With a much brighter week in prospect I expect a greater number of red spheres to appear on the plants. The polytunnel crop is a few weeks behind, but the plants are now coming on nicely. I now have lots of lovely green sweet peppers, but there is no sign yet of any changing colour. There continue to be Padron peppers.

Outside the weeds have gone nuts, so today I was on my hands and knees trying to liberate the leeks. Celeriac, sweetcorn and squash are next on the list. Runner beans are in full bloom and are now at the top of the bamboo canes. I have had a couple of meals from them so far, so it shouldn’t be long before you do too. I will be cutting some of my courgettes, though I will be supplementing them with bought in ones for this week, thereafter I will be self-sufficient. As well as Colleen potatoes I am now digging the Charlotte salad spuds too. 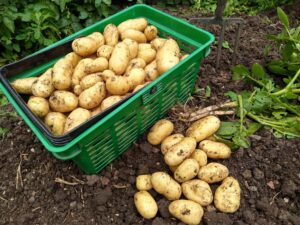 Lettuces this week will be loose leaf and red tinged round ones. There will be delicious beetroot, Norfolk carrots, onions, cabbage, limited chard and green kale. Mushrooms, garlic, ginger and lemons complete what’s on offer this week.

It seems to have been a good summer for butterflies, I have seen such a lot of them, nothing particularly rare, but large numbers of many of the common types. Small Tortoiseshells are particularly numerous this year, but also lots of Peacock, Red Admiral, and Large Whites, but I have also recently seen Comma, Speckled Wood, Meadow Brown, Painted Lady and Common Blue. The absence of any severe winter weather must have contributed to so many butterflies being about this year, though some of course are migrants.

I have enjoyed a pleasant few days listening to the Test match cricket on the radio. It’s been like catching up with an old friend that you haven’t seen for some time, with all of the familiar voices spouting the same old nonsense, as well as brilliant commentary. This of course was a very different experience, with no crowd noise to create the usual atmosphere, but nonetheless it was a treat to have it back – like easing into a pair of comfy slippers. The match result? Who cares?

I will be at Wyken on Saturday. The market is back to full strength now, though as I have previously said, the layout is quite different to how it used to be, with most of the stalls occupying what used to be the car park, which allows plenty of space between vendors. Trading hours are between 9.00 and 13.00. Almost all stallholders (including me) accept contactless card payments, so you don’t even need to worry about handling grubby cash; though if you have grubby cash that you wish to part with you will find plenty of people who will take it off your hands.

It looks like we have a period of settled weather this week to look forward to, I hope that you are able to enjoy it. Have a good week.