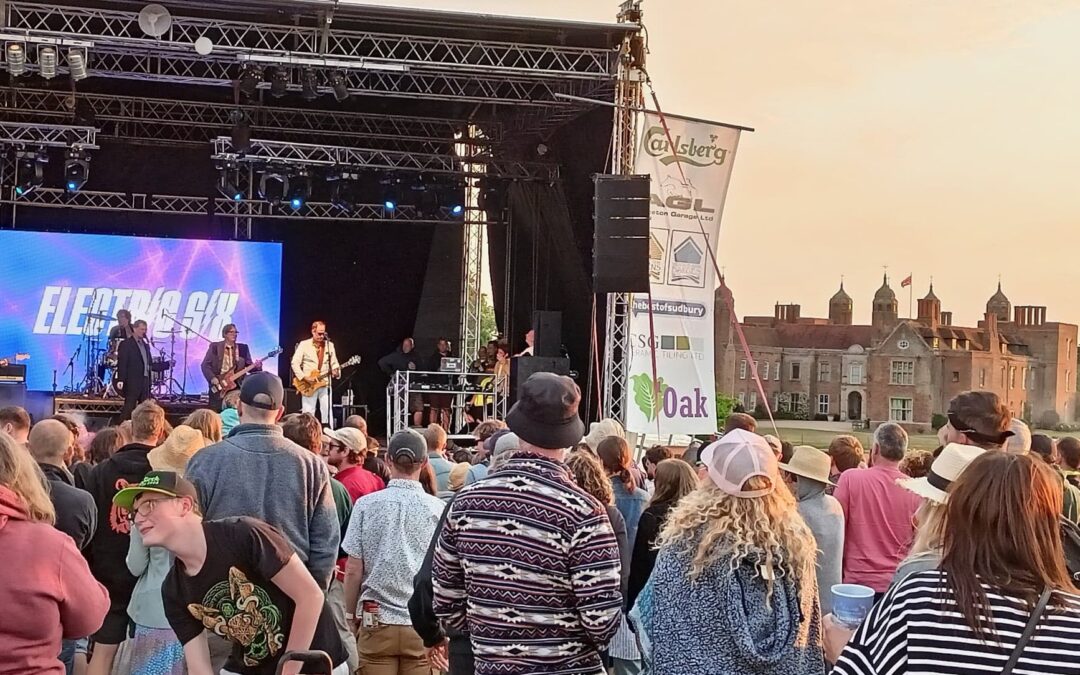 It has been somewhat unfortunate that the weather has been unkind today for so many of the Jubilee events being held across the country, but purely selfishly I was not disappointed by the 10mm of rain that has fallen so far. The brassicas in particular will respond well to a bit of natural irrigation – so much better than water from the tap. Early last week I had the sprinklers on all day to give them a boost, and actually they are looking pretty good, though I wish that I could remove the netting from them, but I dare not risk it for fear of the damage the pigeons and rabbits will do as soon my back is turned. An inspection earlier today revealed that there will be some Kohl Rabi to lift for this week’s orders.

I managed to get to the the music festival in Long Melford on Friday afternoon in good time. The sun shone, it was pleasantly warm, and a good time was had by all, but as the sun dipped behind Melford Hall it didn’t half get chilly! For the past few days the wind has been coming from the easterly quarter, sometimes with a hint of northerly in it, so if a foolish man wears shorts to an event he has only himself to blame when his knees turn blue because he didn’t properly think through his wardrobe choices. The land around the Hall is a lovely location for the festival, with the house itself providing a stunning backdrop immediately behind the stage.

Apologies for the muck up with the tomatoes last week. Until recently they have arrived from the Isle of Wight via a courier service, but for the past 2 weeks the grower has used its own transport. The delivery was due on Thursday, and when it hadn’t arrived by 3.00pm I called to find out what was happening. The person I spoke to was going to investigate and get back to me. It was after 4.00 when I received the news that the van had broken down! Many of you will need to amend your next payment to reflect missing toms, sorry for the inconvenience.

Pest news. I caught and released another rabbit a few days ago, but there are more to capture. The crows have discovered what a tasty, protein packed meal broad beans are. They slash open the pods to steal the beans. Moles have appeared in the beetroot bed, mice are tunnelling in the cucumber bed, and slugs and snails are inevitably doing their thing. Apart from that it’s not too bad at the moment.

As I walked out of the potting shed door yesterday afternoon I was met by a mother duck and 8 very tiny ducklings scurrying along the path towards the compost heaps. I later found them taking refuge in the leafmould cage. The second brood of Robins has fledged from the gas cannister nest, though there were two unviable eggs left in it. And I think that the second brood of Blue Tits have probably also flown by now, they were still being fed towards the end of last week but activity to and from the nest box seems to have ceased.

The hungry gap is about over now, with some nice fresh new season produce coming on stream. This week there is Broccoli from Suffolk, pointed summer cabbage, kohl rabi, broad beans, and green oakleaf lettuce. In addition there is beetroot, carrots, courgettes, mushrooms, sweet potatoes and tomatoes (if they have fixed the van!). Cripps Red apples, kiwi fruit and lemons is the fruit offering. 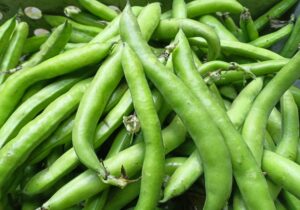 The tomatoes in the greenhouse are putting on a lot of healthy growth, and I started stringing up those in the polytunnel today, but they are several weeks behind the ones under glass. The cucumbers that survived the mice are now beginning to climb their strings and have some flowers on them, and some tiny bell peppers are forming on the capsicums – it’s June and summer is coming!

I’m going away to Cornwall for a week on Saturday 18th June, so this week and next deliveries will be as normal if you are a Thursday or Friday customer, but there will be no collections from Wyken on Saturday 18th. I will repeat this information next week.

Right I had better go, we are popping round to the Village Hall to see if the Jubilee ‘pop up pub’ is still open. Have a good week.