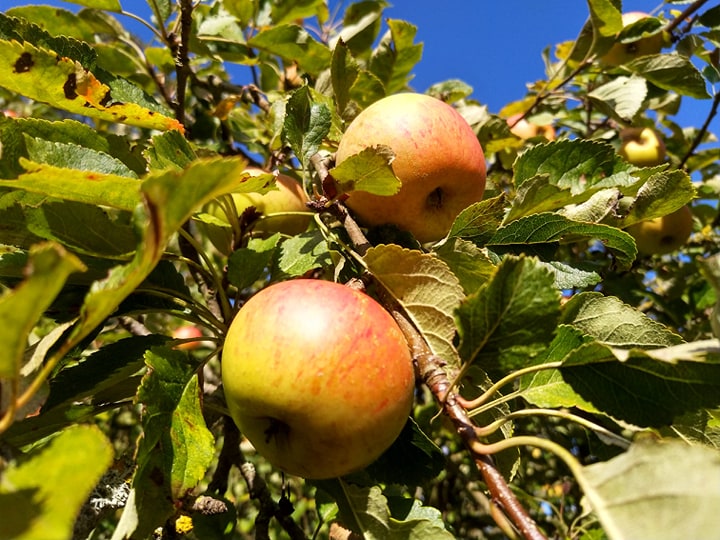 I toughed it out yesterday at Wyken, adopting a confident but fake fixed smile, accompanied by comments filled with faux bravado…..but I really wish that I had worn long trousers to the market! I know that it is only early September, but it was blinking chilly, and this morning it was chillier still; alright for doing proper work in, but not for standing in a stationary position for hours on end – but I wasn’t going to give the appropriately dressed punters the satisfaction of seeing my pain; “no, I’m not cold, it’s just right”, and “you won’t see me in in long trousers before October”, except this morning the jeans were on! This afternoon in the warm sunshine I would have just about got away with shorts; perhaps three quarter length leg wear would be best…culottes possibly? 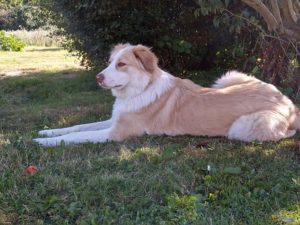 I had the pleasure of Nellie’s company last Wednesday afternoon, and by the end of it I was exhausted! The photograph above would suggest that butter wouldn’t melt in her mouth, but by the time it was taken she was tired out after hours of naughtiness. She was running here there and everywhere that she shouldn’t. There is a large area on one of the beds that is covered with sheets of white fine nylon mesh to protect the young brassica plants from pigeons and white butterflies. Well Nellie saw that lovely white sheeted area as being perfect for multiple sessions of crazy running. My yelling at her and chasing after her just increased the craziness of her weaving runs. When she wasn’t causing mayhem she was sat by the fence barking at the farm manager working on a piece of equipment in the farmyard. I blame her main carer for the lack of discipline. She was actually just excited to be there, and intrigued by the unusual sights and sounds, but it might be a while before her next visit.

This afternoon I started picking apples for the first batch of juicing, but it’s hard going because there is a real paucity of fruit in the orchard this year, and what there is has been badly affected by wasps. I can’t explain the shortage, other than thinking that there must have been some frosts at just the wrong time in the spring, but whatever the reason there will not be the volume of juice of past years. This week’s main picture, taken this afternoon, shows the eating variety that will be in the boxes this week, they are quite small, so there will be 6 in a bag. I am also offering cooking apples this week.

You are not going to like this, but there is no lettuce of any description this week, there I’ve said it. I am between crops at present, but it might be 2 or 3 weeks before the next batch is ready to cut; apologies for that. Cucumbers continue to decline in numbers, and are close to being on the endangered list, and even the courgettes have slowed down to a trickle because of the lack of rain. There are plenty of tomatoes of all types, but the peppers stubbornly refuse to change colour. A few are beginning to get streaky, but the vast majority steadfastly remain green. I have never known them to be so uncooperative this late in the season. I am adding chilli peppers to the ‘shop’ this week, they will either be green or red or purple cayenne types; all of them are pretty hot, though the green ones are a little less so. Carrots, onions (red and brown), large leeks, beetroot, patty pan squash, garlic, perpetual spinach, ‘Cara’, baking and ‘Charlotte’ potatoes, mushrooms and runner beans more or less complete what’s available. There is a limited number of lemons.

Looking a little further ahead, down the bottom end of the garden the sweetcorn is coming on well, with the cobs all displaying their silk tassels, but once again, they need rain to bulk them up. I reckon they should be ready the week after next, when the aforementioned tassels have dried to a chocolate brown. Growing in amongst them are the winter sqaush, and after walking amongst them this morning I can report that there looks like being a reasonable crop of green, grey and orange Hokkaido type fruit, and some Butternut, but there is a question mark over whether the latter will ripen before the weather turns even more autumnal.

I want to talk politics but I can’t….no I really can’t. The last week has been well beyond parody, it’s embarrassing, epitomised by Rees-Mogg lounging on the bench in the Commons…..whatever would nanny say?

I want to talk about cricket but I can’t….no I really can’t. The Aussies have retained the Ashes, and deserved to do so, though it pains me to say so. When does the rugby World Cup start?

The computer gremlins have finally been slayed….I hope. I thought that everything was alright a week ago, but then it wasn’t, but now I think that it is again. Some of you were alarmed by seeing a return email address on your order acknowledgement from someone in Brazil! When this was reported to me I was alarmed too, thinking that the site had been hacked. After speaking to my IT company I was told that one of its employees is from Brazil, and he had used one of his email addresses as a temporary fix; I have been informed that a permanent solution has now been implemented. If you ever notice anything not looking quite right, or not working correctly, please let me know.

Right, it’s nearly dinner time, so I’m off to change into my smoking jacket. Have a good week, and consider adding a few extra togs to your duvet.