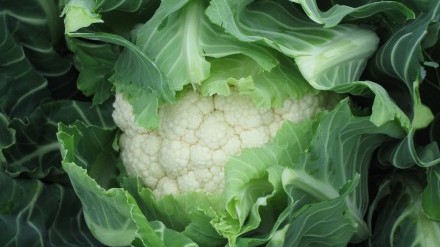 What a treat it was to have a day of unbroken sunshine after a prolonged spell of pretty miserable conditions; a lovely way to welcome in GMT. Have you managed to alter all of your clocks and devices? Don’t you find that some are easier than others? In fact some are so difficult that I might wait for BST to return, as life is far too short to be wasting it fiddling with buttons on the Goblin Teasmade. Does anyone actually have, or use one of those? Do they still exist? I’m not one for eating or drinking in bed, when my alarm goes off I want to be up, not dribbling PG Tips down my chin and filling the bed with gritty Rich Tea biscuit crumbs.

I managed to watch most of the Rugby semi-final on my phone yesterday at Wyken. I was rather anti-social as a consequence, but the footfall at the market was light, because most people were obviously viewing the match in the comfort of their sitting rooms on their 64″ surround sound plasma TV’s, rather than on a 5″ mobile phone with earphones, which was what I was doing. The lack of customers did at least mean that I wasn’t disturbed too often, which was good for watching the game, but rubbish for market takings. And thanks to that convincing, no thumping, win against the All-Blacks, we are going to have to do it all over again next Saturday, so don’t expect much in the way of small talk if you are going to the market, because I don’t want to be rude….but I will be.

After such a beautiful clear day a beautiful clear night is about to follow, which is going to result in the coldest night of the season so far. Because of that I have lit our wood burning stove this evening for the first time; it’s lovely, though a bit too hot for Nellie, who has just gone down in the kitchen to lay on the cool quarry tiles. What I really love, in the depths of winter, is thick slices of bread toasted on the open fire – or crumpets; a toasting fork with a good long handle is essential to avoid , and obscene quantities of butter (sorry vegan readers), nom nom.

I think that you are going to like what I have to offer this week……cauliflowers! They are not mine, I have got a later season variety growing; no these will be coming from Home Farm in Nacton, a large organic farm near Ipswich that grows some really good produce. They will sell for £2.00 each, which is the same price that Sainsbury and Tesco are selling their organic caulis for. There will also be Cavolo Nero kale and broccoli, so you will have no excuse for your hair not curling. There are carrots, onions, red onions, parsnips, swede, Green Hokkaido squash, beetroot, green tomatoes, garlic, red peppers (final week), mushrooms, turnips, chilli peppers, and three types of potato. Fruit is thin on the ground this week, I thought that I had bought enough oranges last week to last two weeks, but such was the demand it didn’t work out that way. My paltry apple crop has been exhausted, so all I can offer is small lemons. I will re-stock for the following week.

I hope that this fine weather continues for a few days, because I need to prepare a bed for sowing the early broad beans, and it has been far too wet to create anything like a seed bed. The soil is still warm, so provided I can get the seed sown soon they will germinate perfectly well, though I might have to cover them to remove temptation from the pheasants.

This was my little nod towards Halloween at the farmers’ market yesterday. They are patty pan squash that were allowed to grow, surrounded by autumnal bits and bobs that I collected from the area behind the market stalls. The tongue is the tip of a red pepper. Oh what larks we have. 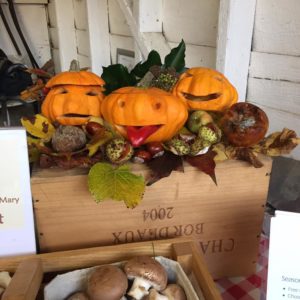 Flipping heck, this fire is hot! I don’t think that I’ll put any more logs on it tonight, my eyes will melt, and there is not much more clothing that I can remove and remain decent. it’s making me tetchy, so I’m off. Have a good week.