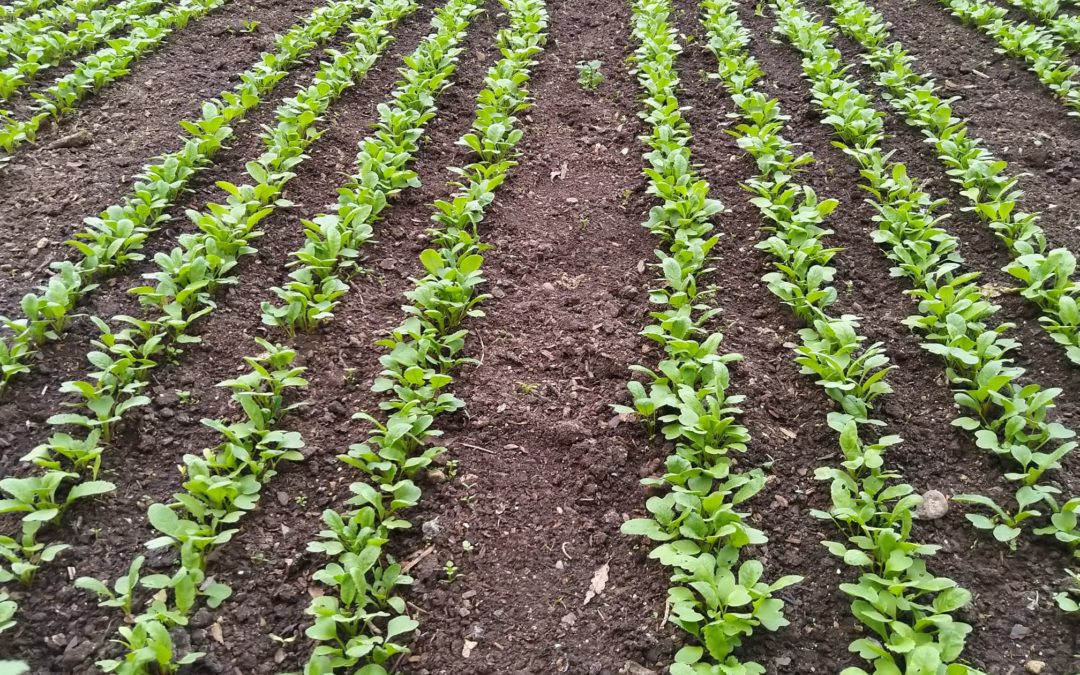 What a lovely day it has been for the first day of March, and as I begin writing this at 5.15pm there is plenty of daylight left; in fact the sun will not set until 5.38 today, and by the end of the week it will be 11 minutes later. If only we had a week of sunshine and a drying breeze, but rain is forecast again overnight tonight, which will undo all of the good following today’s ideal conditions. We had a real downpour at the market yesterday morning, with gutters and drains unable to cope with the volume of water. Directly in front of my stall resembled a power shower for a few minutes as the rain cascaded over the edge of the gutter. When I got back to Moyns Park in the afternoon there was an inch of water above ground level in the sunken greenhouse; this morning it had gone back down flush with the cast iron grills in the floor.

Last week I tackled the hedge that runs the length of the plot, between the garden and the orchard. I had hoped that it would be done mechanically by the tractor on the farm, but the ground has just been too wet for the heavy machine, it would have made a terrible mess. Yesterday was the last day that hedge cutting is allowed until the beginning of September, to protect nesting birds, so I had to get on with it. There are a lot of brambles in amongst the hedge, so every time I cut the grass parallel to it I was in danger of multiple lacerations from the spiteful thorns on the long Octopus like tentacles that attach themselves to you and rip at your skin. Ok, so I’m being overly dramatic about it, but they flipping well hurt. I will be badgering the farm manager very early in the new hedge cutting window to give it a proper short back and sides this year, because it looks a bit of a dog’s dinner after my efforts, but at least for a few months my soft peachy skin should be free of scratches.

I read in the newspaper yesterday about a woman in Germany who spins wool from dog hair. There are particular mountain breeds that have very fine hair which, according to her, makes good soft yarn, and it is much cleaner than sheep wool, not requiring dipping to remove lanolin from it. She knits scarves and jumpers from the ‘Chiengora’, and charges plenty for the privilege, often to pet owners who want a reminder of their mutt. Now, I have a dog that has some mountain breed in her, and Jennifer grooms a bagful of hair from her most days. I also have a lovely customer (and dear friend) with a spinning wheel. Ping! A lightbulb moment! It gets cold standing at that market every Saturday, so I nice warm scarf would be just the thing; I wonder….. By the way, that’s not Nellie in the photo below, she is far prettier….if a little/lot naughty.

I have exhausted my bed of Savoy cabbages, so they have departed the availability list, but I am buying in some cauliflowers this week. I will be doing the final cut of curly kale from the polytunnel, and will continue to harvest chard from the tunnel and the greenhouse. There will be courgettes again (big weren’t they?), sweet potatoes, swede, red cabbage, leeks, onions, garlic, ginger, mushrooms, parsnips, beetroot, carrots and potatoes; bakers, Pink Fir Apple and Cara. Kiwi, lemons and oranges complete the list, apart from honey and pesto – which is chard and chive this week. Last week I took a look to see how the wild garlic is coming on, and sure enough it is poking its head through, but it will probably be a couple of weeks before I start cutting it for pesto. This week’s main photo is of the radishes growing in the greenhouse.

I saw the Barn Owl again the other morning on the edge of Birdbrook; the silent assassin took off from the field with a small creature clutched in its talons. The Canada Geese are back on the moat and ponds at Moyns Park, returning for the breeding season. They are not universally popular on the estate, but I love to see and hear them honking away as they waddle about. Stumpy the pony is as happy as Larry at the moment, because he is being put into a grass paddock every day, and I swear that he hardly lifts his head from the time that he goes through the gate until he is led back to his grass-free living quarters in the evening. No carrot treats from me are currently necessary.

My dinner is ready so I am going to bring this to a conclusion. I wish you a good week and dry feet, and I hope that those poor souls that have endured miserable flooding on the western side of the country receive some respite. I have purposely avoided mentioning the thing that has sent the world into hysterical meltdown; how thin the veneer is. It’s good to be reminded to wash one’s hands though.