Yay! We got some rain, proper rain, lovely steady rain that soaked in nicely and perked up the young plants; if the prediction for the week ahead is correct, the warmer temperature and long spells of sunshine will really hurry things along. The downside? Yep, there’s a downside. The weeds are going to go absolutely nuts! Still, you can’t have it all ways, so I am happy with current conditions, though very wary of the frost that is forecast for tonight. I have held off planting tomatoes in the polytunnel because of the cool conditions, but the early potatoes now have their flower buds, so if they get nipped by Jack Frost it could be a disaster darling. I could get up at 4am and spray them with water at the coldest time of the night to ward off the worst affects of the ice particles – something to do with kinetic energy I think, or am I making that up?…..but will I? Proberly not.

I got my ride-on mower back from being mended last Wednesday; it was only away for 2 weeks, but in that time the grass became almost too long to cut. Today I cut the orchard for the first time this year, and boy was it hard going. I would like to leave it to grow longer, to give some of the flowering plants a chance to do their thing, but I had the mower on its highest setting and it’s still too short for my liking. The blossom on most of the apple trees has faded, but some are still flowering beautifully. When you think about it, an apple tree takes some beating for value in the garden; stunning flowers followed by delicious fruit, what’s not to like?

I am disappointed still not to have heard a Cuckoo. Let me know if you have heard one near you. I have got lots of Goldfinches in the garden this spring, they are constantly flitting around cheerfully in a gang, with no obvious purpose to their joyful frolicking. A few weeks ago I began clearing brambles from inside the base of the old greenhouse. In the years that the garden was neglected they became well and truly established, filling the entire area within the waist high brick walls. They do produce some lovely plump Blackberries, but left unchecked they rampage everywhere, laying down roots wherever a stem touched the ground. Anyway, I have had to put a stop to the clearance, because a Blackbird has built a nest deep in the thorny haven. I can peer into the bush and watch the young waiting for their next feed; the female is often very close to where I am working, hoping for easy pickings. Up by the moat there are 3 goslings, just a couple of days old, closely watched over by their attentive parents. The tiny clockwork Mallard ducklings that were on the water a couple of weeks ago have disappeared, probably fallen prey to one of a host of predators; and as I have said before, ducks appear to be hopeless guardians.

This week there will a limited quantity of delicious organic asparagus, so please order early if you would like some. I will be cutting the first of the outdoor lettuces this week, there is a green oakleaf type, and red Little Gems. A second batch of radishes should be ready to pull later in the week. Broccoli, beetroot, carrots, onions, mushrooms, garlic, parsley, courgette, tomatoes and ‘Cara’ potatoes complete the veg list. The kiwi fruit are small, so you will get 4 in a bag, then there are lemons and oranges. 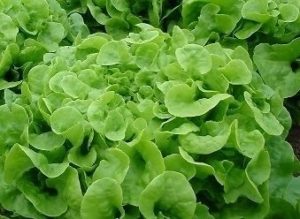 I have got a group from the Suffolk Organic Gardeners club coming for a visit on Tuesday evening, so it’s both hands to the pump trying to get things presentable in time. It’s a large, multi-faceted area to maintain – too much for one person really, so if they look through half closed eyes all will be well, as it won’t stand close scrutiny. The fact that they are also organic gardeners will help, because they will understand why the paths are weedy, and why some of the plants have holes in them; it’s part and parcel of growing ‘chemical-free’.

Come on you Spurs! Having been a supporter of Tottenham Hotspur for well over 50 years I am well used to disappointment, so imagine my delight when they made the greatest comeback in 24 hours when overturning a 3 goal deficit in the second half of their Champions League semi-final against Ajax last Wednesday. Like all Spurs fans, I will be expecting the worst when they play Liverpool in the final on June 1st, so anything other than abject failure will be a ruddy miracle.

Right, I’m off to set my alarm and fill my water pistol. Who you gonna call? Frost Busters!