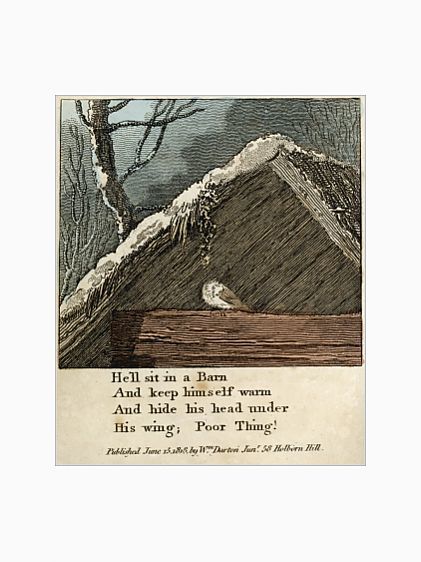 It’s a NNE wind to be precise, and it’s flipping cold. At the time of writing this there is only a dusting of snow here, but it’s forecast to get heavier and colder this afternoon. That wind is going to be a feature in the week ahead, with a wind chill factor of -8 to -10 on most days, and on Wednesday night the Met Office is currently predicting an overnight low of -7 (-12 with the chill factor) – that’s ruddy cold. So I hope that the Robin is indeed in his barn with his head under his wing….poor thing. I just went to clean out the chicken coops, and the girls are not a bit happy, in fact they are miserable. Our little bantam is broody at the moment, and I didn’t have the heart to remove her from the nest box, she’s in the right place.

I was hoping for a proper dump of snow overnight so that I could dust off the toboggan and take it for a slide down the hill, but I don’t think it’s going to happen. Some of you further east of here might have more suitable winter sports conditions – lucky devils. It’s funny how snow is so exciting, I suppose it’s because it’s such a rarity now. Having said that, it’s only exciting at this part of the week for me, I really don’t want that much excitement on delivery days!

If you are housebound during this spell of weather I highly recommend that you watch ‘The Dig’ on Netflix. It is a beautiful film that showcases East Anglia perfectly – not only the scenery, but also the people. A lot of effort went in to making it as authentic as possible by employing professional ‘Suffolk Boi’ Charlie Haylock as a dialect coach, and I have to say that the actors rose to the challenge magnificently. Basil Brown and his wife were particularly good, I smiled out loud when she referred to the county town as ‘Ipsitch’. It’s a gentle watch, an understated telling of the Sutton Hoo story, and ok the makers took some liberties with a few facts – Mrs Pretty was older and not as pretty as portrayed in the film, and there was a not altogether necessary love story tagged on, however that’s the movie business for you, but I will forgive them because overall it was such a treat. The boy playing the young Robert Pretty was a delight. 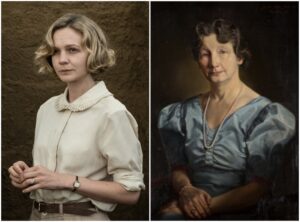 I have begun to ramp up the seed sowing now that we are in February, with trays of peppers and tomatoes joining onions in the propagating greenhouse. The seedlings are very vulnerable at this stage, so I must make sure that the heater doesn’t run out of gas, because with the cold days and nights ahead they will not survive if the flame goes out, and it would mean starting over again. There is time enough for that if it is necessary, but the organic seed and compost that I use is very expensive, so best to avoid that if possible. Added to that, seed is in very short supply at the moment, with many seed companies having to suspend their websites because they can not cope with the level of demand from home gardeners. This happened last spring in the first lockdown, and I was hoping that it would not be repeated this year, but it has, so many of my favoured vegetable varieties have sold out.

Mushroomgate trundles on; I thought that the supply problems had been resolved, but they returned last week, as you will no doubt have discovered. I was at least able to secure some white cup mushrooms, but portobellos were not to be had. I really don’t know what this week will bring, so by all means order as usual, but it will be mid-week before I know what is available. Sadly the Brussels sprouts have finished, but there will be curly kale again, and a limited supply of chard. There is red cabbage, parsnips, swede, sweet potatoes, carrots, onions, red onions, baking potatoes, Cara (good for roasting, mashing, frying), Linda (a waxy boiling spud), ginger, garlic and turmeric. Apples, lemons, kiwi fruit, blood oranges and  return of Seville oranges completes the offering.

All produce is subject to availability, so the earlier you order the greater the chance there is of you getting what you want. If there is high demand for some items you may find that they are missing from the shop by the time that you visit it, even though I may have mentioned them here, so, to paraphrase Fred Pontin “order early”.

February is a time that I look forward to because it heralds the start of the rugby Six Nations competition. As a keen follower of the England team imagine my disappointment yesterday when they failed to turn up for the game against the auld enemy. Credit where it is due, the Scots were terrific, hungry, inventive, competitive – all of the things that stodgy England were not. Unless they buck up it is going to be a painful tournament to observe. It would be good if Scotland can build on its excellent opener. On a more positive note at least the cricketers are giving a good account of themselves in India.

It’s been chilly standing at the farmers’ market at Wyken in the past few weeks, but long-johns, plenty of layers on top, and a good level of trade makes it bearable. It really is a very well supported market, do come along and see what you are missing; it’s a very sociable occasion as well as a great shopping experience.

Stay warm in the week ahead, and keep those bird feeder topped up.