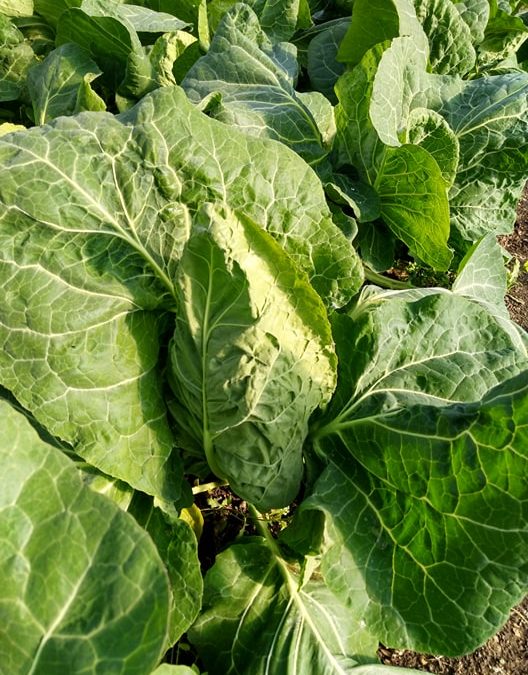 That was the week that was. Crikey, a fast moving crisis with so much drama, anxiety, greed, selfishness, kindness, sadness, and an unprecedented number of times that the word unprecedented was used. Added to that I was inundated with orders, to the extent that I was barely able to cope. Many of you will have found that your box did not contain everything that you had hoped it would, but because of the unprecedented level of demand I was obliged to play God and choose who was to get what. I realise that this became messy from an administrative point of view; many of you now pay online, so you will need to make an adjustment to your next payment to reflect the value of the absent items. I did put change in some but not all of the boxes that were affected in this way.

The panic buying seen in the supermarkets has seeped out to touch the sleepy world of organic vegetables. In the past few days I have received orders out of the blue from new customers from here there and everywhere. I have declined them all, because at this time my priority lies with my regular customers; you have supported me over the years, and at a time of crisis I would like you to get the provisions you need to see you through. You may notice on the ‘Shop’ page of the website that I have written something to that effect. You will also find that when you order I have removed my bank details. This is because the new customers have placed orders and paid for them online using those details, so I have now had to request their own bank details to reimburse them. I still encourage you to pay online if you would like to (the less handling of cash at the moment the better), but I am assuming that you will already have my account details in your banking app. If not you will find them on the weekly email reminder if you are on my mailing list.

I was personally pleased with the announcement on Friday that closed down the hospitality sector, whilst recognising the hardship this will cause to the industry, but the advice to avoid pubs and the like was just not being heeded sufficiently by the public, and it is clear that social distancing is an important tool in buying the NHS time to deal with the Tsunami of patients requiring critical care that is coming its way in the weeks ahead. I suspect that similar enforcement will be enacted on our liberty to move around freely outdoors because of some of the irresponsible and ridiculous behaviour over the weekend. A National Parks spokesman said that some of the peaks in Snowdonia on Saturday were crowded to the point where it was impossible to practice social distancing. There are also images of beaches, parks and other locations being rammed with people today; the beautiful weather this weekend contributed to the problem, it would actually have been best if it was wet and miserable. Common sense is required folks, otherwise these next few months are going to become very long and claustrophobic.

If anything positive is resulting from this crisis it is that the environment is able to sigh and take a deep breath. I don’t know if it’s psychological or not, but the air seems cleaner and fresher, and there is certainly less noise pollution because of the dramatically reduced number of aircraft in the sky. As I have mentioned previously, at Moyns Park, whilst it is generally a very peaceful place, it is also flown over by a large number of planes headed in or out of Stansted airport, which as the plane flies is only about 15 miles away, so the silence is deafening at the moment. Well it’s not, because birdsong is absolutely filling the air, but that’s a more pleasing sound to my ears.

From a growing perspective I am delighted that the weather has changed for the better, I can finally get on with some bed preparation in the garden, particularly in the top half where it dries out much more quickly than down the bottom where it’s still very sticky. There are a few frosty nights to come this week, but they won’t do any harm, followed by more of what we had today – perfect weather for working in. Last Monday morning I tweaked my back, so I am having to be careful not to do anything to aggravate it, though that’s easier said than done. It happened even before I got to work; every morning I let out the hens at home and feed them. All I did was to bend over to pick up one of the feeders and bang! It’s not too bad, but a bit frustrating. Digging the leeks down in the sticky stuff last week was a bit of a test for it, but I survived.

This week you will find that quite a few items in the shop have ‘limited’ beside them; I think that there is enough of everything for everyone as long as you show a little restraint when ordering. By all means order more than one of anything, but be prepared for me to act like a deity and reduce the quantity if it means that more people can have one of any limited items. To that end I suggest that if you do pay online wait until your order is delivered before making the payment, then it won’t get too complicated…..just don’t forget to pay.

So what’s on the list? Well it’s actually quite good this week, with lots of things coming from the greenhouse, polytunnel or outside. There are cauliflowers, chard, spring greens, and Pak Choi on the greens front. The spring greens are actually quite big, so 1 will probably suffice for most households. I will be pulling radishes from the greenhouse, there will be beetroot, carrots, swede, courgettes, garlic, ginger, leeks, parsnips, onions, mushrooms and potatoes. Regarding mushrooms, there was a problem at the farm last week which resulted in a shortage, but I am hopeful that things will be back to normal this time round; however, I won’t know for sure until tomorrow, so order with optimism, but prepare for disappointment. the only fruit this week is kiwi fruit and lemons. Produce from Europe is shooting up in price, a) because of the uncertainty of supply because of the pandemic, and b) because the exchange rate is not at all in our favour at the moment. It’s unfortunate, because in the ‘hungry gap’ it’s usually imported stuff that keeps us going, but this year it could be different.

For customers that collect from Cradle in Sudbury, for the time being you will still be able to do this; they are only operating as a bakery now, but plan to be open at the time that you normally collect your boxes. If the status changes I will let you know and we will have to think of an alternative arrangement.

Yesterday I was at the farmers’ market at Wyken, but it will be my last until all of this is behind us.Both Jennifer and Emily (who is back home because Uni has closed) are asthmatic so I want to minimise the risk of passing anything on to them. My policy of leaving veg boxes on doorsteps and no farmers’ market means that I will be having very little contact with people, though the shopping is now down to me so I won’t be totally risk free. We will not be attending Steeple Bumpstead market for the same reasons, though I am surprised that it is going ahead anyway.

I wish everyone well, it’s a scary time, but by helping each other we will get through it. For as long as I have good health I will continue to endeavour to keep the supply of vegetables coming to you.